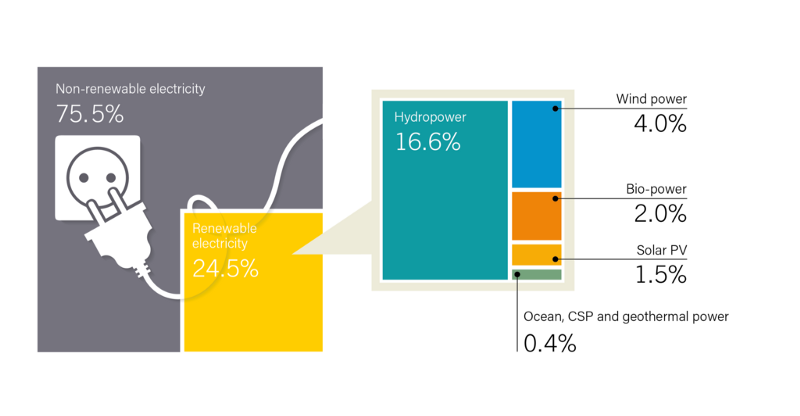 “Fossil fuel has choked our air and innovation for decades. Restart is an endeavor to start a revolution for clean and cheap energy.”

Global warming, increase in air pollution and ever so diminishing natural resources are the reasons why shifting to renewable energy is the most urgent need of the hour. The world finally seems to be getting the point. Aided by government support, more than half of the new power capacity added last year came from renewable energy sources like wind and solar power, beating fossil fuels for the first time, according to a new report. The share of renewable energy is 24% of global power generation and is expected to reach 28% by 2021, as per the report from the International Energy Agency. This is a clear sign that the transformation in the energy sector has begun and the fossil fuel monopolies, which had been overcharging consumers for decades, are under a direct attack. These monopolies had amassed hundreds of billions of dollars in profit, while stifling any kind of innovation or competition and not giving their customers either a fair price or genuine service. Restart’s model would democratize the industry and give the power back to the consumers by allowing for a decentralized peer-to-peer energy transfer system.

Incorporated in 2015, Restart Energy is an electricity and gas provider that has revolutionized how the sector operates in Romania. The company was formed with the goal of removing bureaucracy and helping customers’ access affordable energy. It is the fastest growing energy provider in Europe with a customer base of 30,000 that includes 27,000 households and 3000 businesses. Earning $4.7 million as revenues in 2016 and on track for $20 million in 2017 certifies the company’s traction in its home market. More importantly, it is a testimonial to the company’s business model of empowering its customers with choice and amazing customer service. Due to its remarkable ascent, the company has been awarded the “Exponential Growth Award” from the Renewable Energy Cluster, ROSENC.

By innovating the way energy is being supplied to consumers, Restart Energy wants to make easy-affordable access to renewable energy a reality for billions of users. By leveraging the blockchain technology, Restart Energy is in the process of building an energy supply platform that will facilitate peer-to-peer direct energy trading between consumers and energy producers and suppliers. The platform RED-P is a global decentralized energy supply platform built by the company to bring democracy in the energy sector. It empowers the consumers to buy, sell or trade energy using RED MegaWatt (RED MWAT) Tokens. The consumers will be free to auto switch their suppliers after 30 days thereby ushering constructive competition in the energy market. The platform created aims to eliminate the bureaucracy and provide energy to the consumers in a more transparent way. This platform helps consumers and producers to have access to:

• Watt Prediction Software: It is a system that predicts the electrical energy production for the next day. Its mission is to reduce costs by providing forecasting services with greater accuracy. Households and businesses can thus manage their consumption accordingly and lower their invoices.

Today the energy industry is burdened by bureaucracy and unnecessary transaction costs because of the prevalence of few monopoly players. These players exploit their dominance and drive up the price for the end consumers. Their model does not provide for any direct contact between the consumers and the producers, thus limiting the potential of transparency between the parties.

Taking advantage of this gap in the energy sector, Restart Energy is developing an eco system that will rip apart these monopolies and allow users to choose their preferred energy provider. Due to the usage of blockchain, there is complete transparency and security and the transactions are carried out in a decentralized manner on the platform. Smart contracts, another useful feature of the blockchain technology, help in facilitating, verifying and enforcing the transaction. This protocol paves a way for a new scope of commercial transactions without the intrusion of intermediaries.

Fossil fuels have led to the concentration of power in the hands of few legacy players. The Restart platform (RED-P) is the key to ending the world’s reliance on non-renewable energy. The company is coming out with a token sale to onboard supporters, users and energy suppliers on RED-P. Its TGE is unique as its RED MWAT tokens are a virtual energy storage battery with a 1 MwHcapacity. More importantly, the excess energy or energy donated to the platform will be distributed to token holders on a pro-rata basis. This virtually ensures that the price of the tokens will rise as the platform participants increase in number. Also, energy providers will be forced to list their supply on the platform as consumers vote with their wallets for choice. This will ensure transparency, competition and better customer service. The ability to switch from a producer will keep them honest and working hard towards ensuring that users get the best possible customer service. This also allows renewable energy players to provide their energy to environmentally conscious consumers and gives users a voice on forcing the energy world to pivot to a renewable energy future.

Contributors would be well served by joining in the Restart TGE, as the company heralds a new future of energy under blockchain. RED MWAT will become the new benchmark for energy transactions as awareness rises and the company expands to its stated goal of 45 countries. The founders have structured the tokens in a way that supporters and platform users are incentivized for using the platform and bringing new players to the ecosystem. This will create a network effect that will end the fossil fuel monopoly and allow you to make massive gains. In the world of cryptocurrencies, you can have your cake and eat it too!! 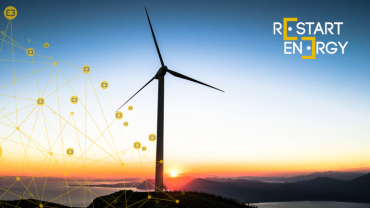