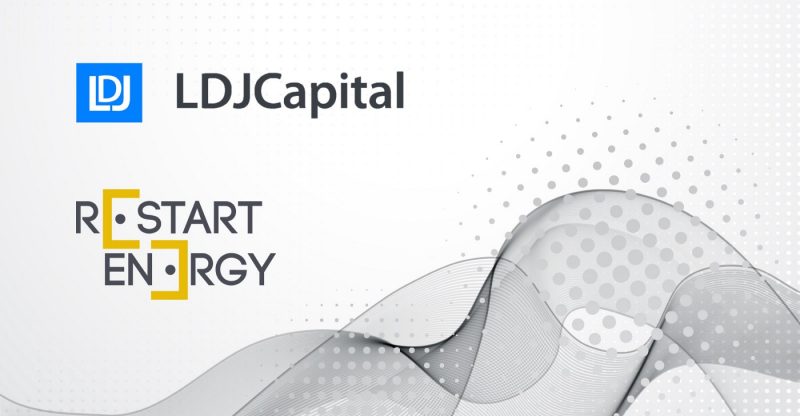 Davis has held positions of Senior Advisor, CIO, COO and President of emerging technology firms globally. He has also worked with large corporations ranging from IBM to American Express, Boeing/Ryder, JPMorgan Chase, BofA and a number of consulting firms. He is currently serving as Managing Director of Technology at LDJ Capital — a firm that was founded by David Drake, an ICO authority figure who rose to the top of the blockchain notoriety. William Davis is a frequent speaker at crowdfunding and mobile investment events globally.

LDJ Capital is headquartered in New York and has worked with more than 30 funds and has built a global network of partners in the business world. The firm’s family office has over fifty global directors who maintain relationships with institutions and family offices with 1.5 trillion in assets.

This latest addition to the team and announced partnership will help Restart Energy increase awareness about its mission to revolutionize the energy market and create a P2P platform for trading energy through blockchain technologies. LDJ Capital and William Davis can facilitate Restart Energy’s upcoming ICO, which is aiming to raise $35 million to support the blockchain energy trading platform Restart Energy Democracy (RED).

The platform will allow renewable energy trading between small producers and individual consumers in markets that are not controlled by monopolies. By cutting out middlemen and allowing P2P transactions, Restart Energy will help to dramatically reduce energy costs for buyers and make profit for renewable energy producers, up to 30 percent.

Each MWAT token that will be introduced to potential investors during the ICO will store real energy, up to 1 Mwh. Within a few years, Restart Energy plans to expand to over 20 countries in Europe and beyond. Token holders should be able to pay energy bills or sell this energy for profit on the RED marketplace for ETH and local fiat.

RED (Restart Energy Democracy) is a blockchain powered platform backed by Restart Group, a European energy provider with $20 million in revenues. The company was built with a view to democratize the energy sector and quash the dominance of legacy monopolies in the energy world. The company’s credentials include 400% growth since 2016 and a customer base of 27,000 household and 3,000 corporate clients, expanding at more than 2,000 clients per month.

Restart Energy is developing the world’s first peer-to-peer, fully decentralized energy transfer platform based on its proprietary virtual balancing system that uses A.I, Big Data, and IoT technologies. The RED ecosystem is comprised of the RED-Platform, RED-Franchise and RED-MWAT Tokens. RED-MWAT are crypto tokens that enable virtual storage of electricity and will facilitate the development of clean affordable energy. 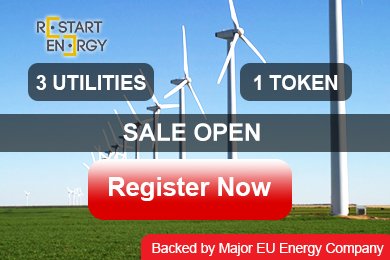 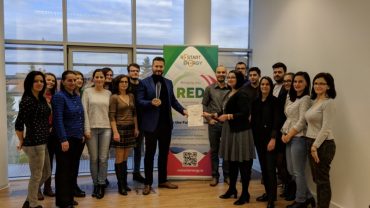